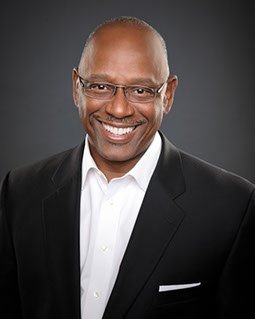 On July 21, 2022, Mayor Jacob Frey’s nomination of Cedric Alexander for Community Safety Commissioner was formally received by the city council, who is expected to vote on the appointment on Aug. 4 following a public hearing on Aug. 2.
The creation of this position was approved on June 30 along with a salary range of $295,250 to $350,000. That salary is above a cap set by the state legislature of $192,144 for 2022, so the city is requesting, and needs, a waiver to pay that much for this job.
As recommended in the mayor’s restructuring proposal and the ordinance being introduced by Ward 13 Council Member Linnea Palmisano, the commissioner will report to the mayor and lead a new Office of Community Safety that, if approved, would include the fire and police departments, 911, the office of emergency management, and a new office of neighborhood safety that will replace or include the office of violence prevention now housed in the health department.
Frey announced his nomination and introduced Alexander at a press conference on July 7. “Government restructuring is probably the most important thing I will ever do as mayor,” he said. “Today we are at a seminal moment in that work to reshape and redefine the way we serve the public for the purpose of safety.”
He added, “This is a person with a wealth of experience, highly respected nationwide. We are thrilled to have him enter our city to make the kind of changes that we need see.”
Alexander began his career in 1977 as a deputy sheriff in Leon County, Fla. and went on to have a long career in law enforcement, public safety, education and government. He was the director of public safety for Dekalb County, Ga. where he oversaw police, fire, emergency response, and 911, and Chief of Police. Later, he was deputy mayor for the city of Rochester (NY). He has served as deputy commissioner of the New York State Division of Criminal Justice, and as an assistant professor and former practicing psychologist at the University of Rochester.
He is a former president of the National Organization of Black Law Enforcement Executives, and was a member of President Obama’s Task Force on 21st Century Policing.
He has also appeared on national media networks, including CNN, and has written numerous editorials including “How to Build a Sensitive Cop;” “Police and Communities of Color Need to Build Trust;” and “Attacks on Police are an Attack on Community.” He is the author of “The New Guardians: Policing in America’s Communities for the 21st Century,” published in 2016, and “In Defense of Public Service: How 22 Million Government Workers Will Save Our Republic,” published in 2020.
In 2020, his firm, CL Alexander Consulting LLC, was hired by the University of Minnesota to review their police department’s (UMPD) practices and to improve student-police relations and communication. That report called for significant changes including demilitarizing the UMPD and taking “a holistic systems approach to defining the roles for UMPD and ways to better link with and integrate more appropriate responses to social issues such as mental health, welfare checks, domestic violence, sexual assaults, disabilities and homeless situations through an integrated Community Safety or Community Response Team.”
“When we talk about public safety from this moment going forward, it is going to be from a holistic approach,” Alexander said.
He has faced criticism in the past, particularly when he was working in Rochester, N.Y. There, a group called “Rochester for All,” expressed serious concerns about his frequent absences, use of city staff time and outside business interests. They reviewed emails and other records, and concluded that Alexander “was paid to speak at a Florida conference, but put down time as regular work hours,” had an executive assistant who “has been booking his personal travel as part of her regular job duties,” and “did work for a government contractor [in Africa] that previously engaged in torture.”
The Rochester watchdog group reported (http://www.rochesterforall.com) that Alexander was absent from City Hall for 28 days in his first 25 weeks on the job as deputy mayor, and that travel records raised potential ethical issues regarding his outside business activities. According to the group, the mayor, city council, the city’s office of public integrity and board of ethics did not act on the information and ethical concerns they raised.
Additionally, there was a formal complaint filed by a subordinate accusing him of sexual harassment and making repeated “unwelcome advances” when he worked as director of public safety in Georgia. It resulted an investigation and a 166-page report, where Alexander denied all the allegations. The report concluded in February 2016: “In the absence of reasonable proof, the allegation cannot be substantiated and is reduced to ‘she said, he said’ and were not provable.” Intimidation and retaliation allegations were “also determined to be without merit,” according to the report.
Still, he clearly has the support of Mayor Frey who has called him “one of the best leaders that we could find in the entire country.”
With a vote likely to occur on Aug. 4, Alexander and the mayor appear to be confident that he will be confirmed. “There is no one savior here. It’s not me. It’s not the mayor. It is all of us collectively,” Alexander said. “Minneapolis has the opportunity to be the new brand of what policing looks like in America. We are going to make this the greatest city in America.”

Is lake unsafe due to pollution from golf course?

Volunteers of America partners with YardHomes on ADUs for homeless vets

The definition of insanity is doing the same thing over and over again and expecting a different result. Sometimes, it feels like the whole world has gone crazy, and we're all on one big hamster …

Summer in the cities finds metro residents flocking like sheep to partake of the bounty offered at more than 15 local farmers market from various neighborhood locations. (See sidebar on page 3.) …

After a pause, U-Haul is moving ahead with plans to tear down the existing buildings on the site and build a five-story, 1,200-unit storage facility on the southeast corner of Hiawatha Ave. and 42nd …