We can do better to build peace

The strongest force in the world for building peace is love 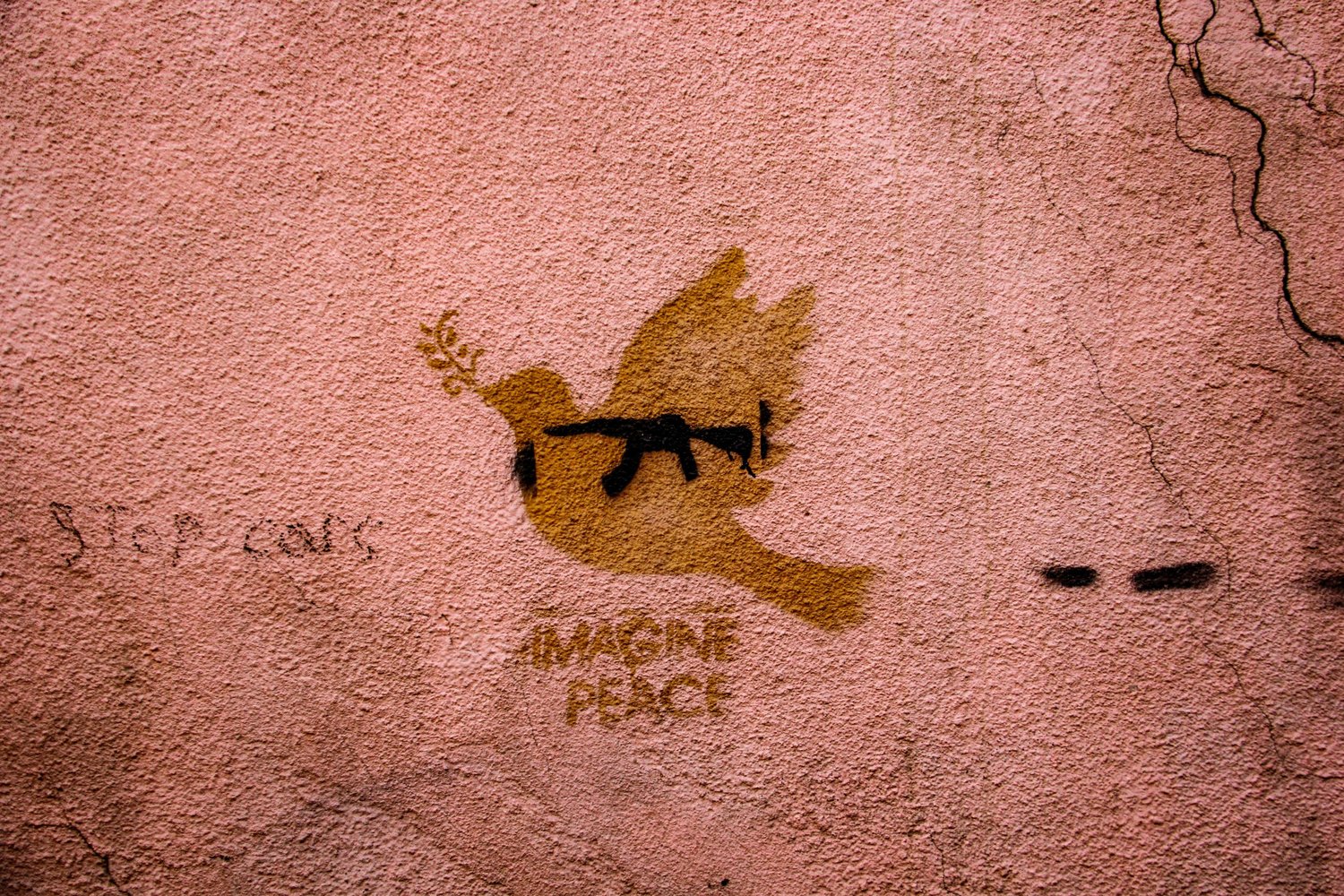 Our future is at stake. But we still have a chance to do the right thing. (Zaur Ibrahimov/Unsplash)
Posted Thursday, June 2, 2022 5:12 pm
by Eric Ortiz

Everyone deserves an opportunity to reach their full potential. But not everyone gets that opportunity today. Due to a never-ending cycle of violence, dreams are being snatched daily.

Violence is the real pandemic in our world. Community violence. Domestic violence. Police violence. Local terrorism. All of this violence leads to traumatized communities. We live in a culture of violence that has become desensitized to destruction.

Another day, another mass shooting. Another day, another drive-by. After people (including children) get gunned down at a school or supermarket or bus stop or in their car in broad daylight, do we see any action toward stricter gun legislation? Do we hear any talk about gun reforms or smarter regulation? Is there any actual change? All we get are more heartbreaking memorials, more thoughts and prayers. More of the same inhumanity.

Thoughts and prayers are killing us. They have become a cruel euphemism for inaction. Senseless violence has become normalized. Now we are on the verge of World War 3, and we have armchair generals talking about the limited use of nuclear weapons with no fear of the consequences.

We have met the enemy, and they are us. Common sense is an endangered species. As a result, our world is moving closer to extinction.

The United States has over 400 million guns between police, the military and American civilians. That's the most in the world by far (No. 2 is India with 71 million). And over 393 million (98 percent) of America's guns are in civilian hands, or 1.2 firearms for every citizen, with over 45,000 gun-related deaths in the U.S. every year.

Worst of all, there are approximately 13,080 nuclear warheads in the world. That's fewer than peak-Cold War numbers, yet more countries are armed with nukes than ever before. It's one reason why the Doomsday Clock remains at 100 seconds to midnight, the closest we've ever been to the apocalypse.

Every single form of violence has to be dealt with. Unless we begin to address the deadly issues we're facing, we're going to cease to exist. But in spite of challenges, we can solve this.

Martin Luther King Jr.’s six pillars of nonviolent resistance would be a good place to start.

If this doesn’t work, remember these words from King: Love your enemies.

"Certainly these are great words, words lifted to cosmic proportions. And over the centuries, many persons have argued that this is an extremely difficult command. Many would go so far as to say that it just isn’t possible to move out into the actual practice of this glorious command. … Far from being the pious injunction of a utopian dreamer, this command is an absolute necessity for the survival of our civilization. Yes, it is love that will save our world and our civilization, love even for enemies."

This starts at home. If the enemy is us, then we need to start loving ourselves and our neighbors. The state of violence in our world is not normal. We need to stop accepting it. We need to value life and give all people reasons to value life. Peace is possible. We need to stand up for peace and take actions that create peace.

We don’t need to complicate things. Peacebuilding doesn’t need to be complicated. The DNA or structure of peace is the human connection and human communication. That’s the foundation of peace work. We need to go back to the basics.

Without peace, there will be no future. The minute we begin to love ourselves, and we get a taste or a sense of that healing, we can all dream again.

Want to help build peace and economic opportunity this summer in Minneapolis? Be a part of Twin Cities Pop-Up Markets. Learn more at the Lowry Hill East Neighborhood Association.

Eric Ortiz lives in the Wedge with his family. When he’s not community building, he’s the director of media for Granite Media and writes bilingual children’s books with his kids. Their first book, “How the Zookalex Saved the Village,” is available in English and Spanish.

My meeting with the Longfellow ministers

My brother has cancer

We can do better to build peace

Imagine along with me