Few people complain about rising taxes at hearings; most ask for focus on racial and transgender equity, lighting, ID program 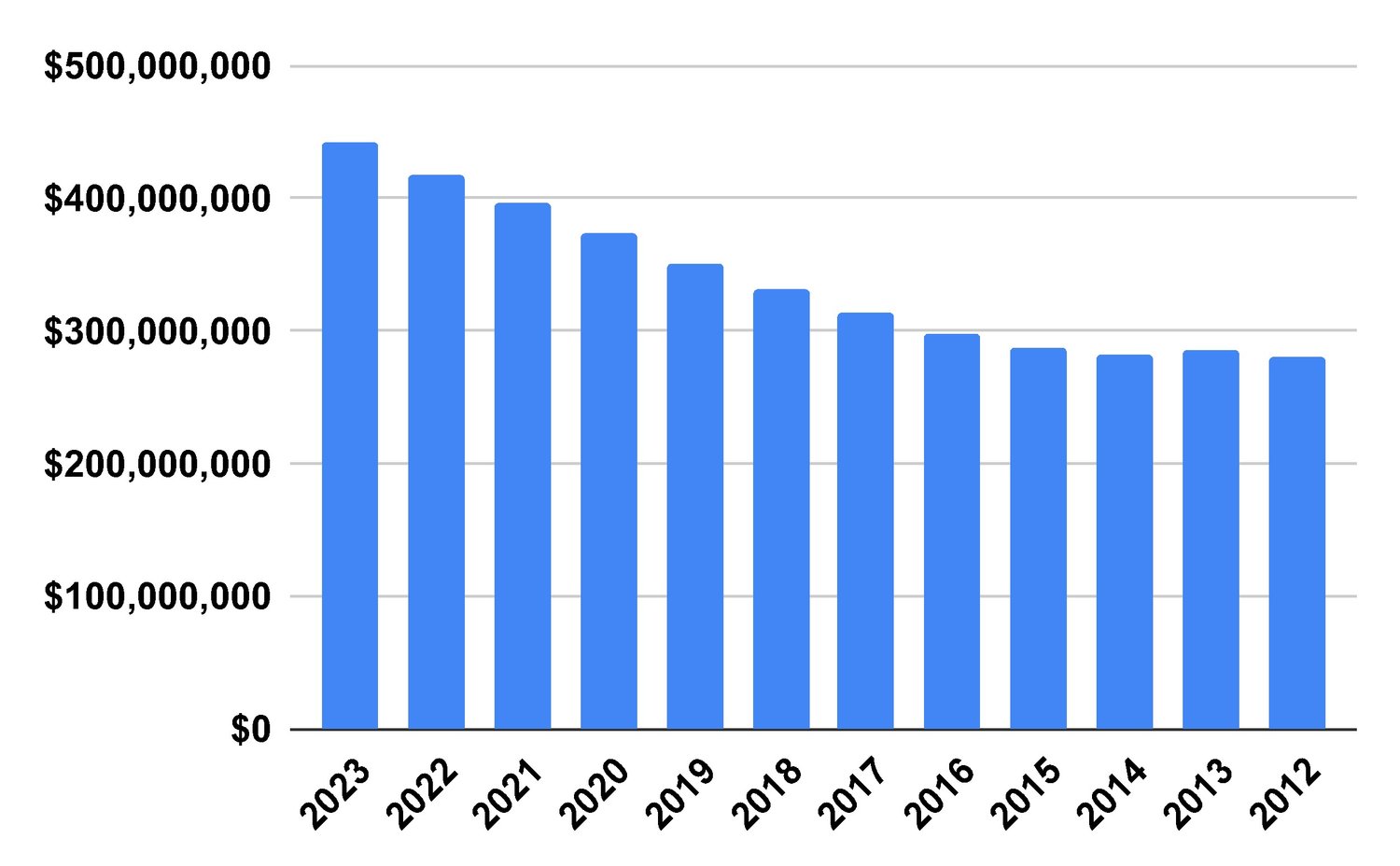 Taxes are projected to go up in Minneapolis in 2023, and the areas with the largest increases will be Wards 1, 4, 5, 8, and 11, with slightly lower increases in 9 and 12.
After three hearings and the consideration of over 30 amendments, the city council unanimously approved a 2023 city budget on Dec 6. The $1.66 billion budget includes a 6.5% property tax levy increase that will result in a median valued home’s property taxes going up $167 next year. The actual amount will vary greatly depending on a specific property’s value.
During the hearings, however, few people complained about taxes going up. Most called for more funding for community needs like affordable housing, street lighting, neighborhood association funding, sidewalk snow clearing, public safety alternatives to police, opioid epidemic response, immigrant support and addressing climate change. Several speakers asked for more staff in various divisions such as racial and transgender equity, sustainability, 911, the legislative work of the council, the office of performance and innovation, and for the behavioral crisis response teams.

MUNICIPAL ID PROGRAM
Silvia Martenez, with Centro De Trabajadores Unidos En La Lucha (CTUL), urged the council members to “fund the Minneapolis Municipal ID program passed in 2018 to make IDs available to all city residents regardless of immigration status this year.” In 2018, Frey recommended spending $200,000, but the program was never implemented.
Julia Johnson called on the council to help “safely house every one of our unhoused. Fully fund the office of violence prevention and the behavior response teams.” She also called for funding for youth and gun control, counseling, as well as support for community-led alternatives to policing and comprehensive plans to address the climate crisis. “Fund our communities,” said Johnson. “Frey’s budget gives pennies to address the crises we face.”
BETTER LIGHTING AT U
The issue that had the most comments (written and spoken), with more than 30, was support for better lighting near the U of M campus, and especially in Dinkytown. More than 20 people asked for more support for neighborhood organizations and close to 30 called for a city sidewalk snow clearance program.
The Lake Street Council provided testimony outlining how the city could better support the recovery and revitalization of Lake Street. “Our neighborhood commercial and retail corridors have not fully recovered from the multiple impacts of a two-year pandemic, a sudden recession, a tragic racial reckoning that reverberated across the globe, extensive property destruction due to the Civil Unrest of 2020, a diminished customer base, and ongoing negative public perceptions about public safety,” they wrote in a letter they submitted along with their testimony. They asked for over $20 million to support the corridor with marketing, public realm maintenance, municipal sidewalk snow clearance, increased assistance for small business owners, façade improvements, grants to owners of restaurants that were shut out of the federal program, a new safety center, and pilot ambassador program similar to downtown’s.

No neighborhood will get less than $20,000
Other notable amendments that were approved included Ward 7 Council Member Lisa Goodman’s amendment to increase funding for neighborhood organizations so that no neighborhood organization will receive less than $20,000 between the base funding and equitable engagement funding in 2023. “I was proud to see my amendment which increased funding for 27 neighborhoods that were under $20,000 from all city sources to a minimum funding of $20,000 pass,” said Goodman. “I wish it could have been more. Neighborhoods and the thousands of hours residents provide as volunteers are a real value to the city.”
Palmisano moved a successful legislative directive that calls for a report in June of next year on neighborhood organization funding with recommendations for “potential future improvements to the Neighborhood Network Fund (base funding) in an effort to maintain a full network of neighborhood and community organizations that support residents across the city.”
Palmisano also authored a series of amendments to implement the new government “Executive Mayor-Legislative Council.”
A motion by Ward 1 Council Member Eliot Payne passed with unanimous support to move $152,000 from the public works department and increased the budget for our Race Equity Inclusion & Belonging department. This funding will pay for a new position dedicated to supporting equity work related to sexual orientation, gender expression and gender identity.
The final budget also included Wonsley’s amendment to send the Minneapolis Public Housing authority (MPHA) an additional $1.2 million to be the final funding needed to install fire suppression systems in all 42 MPHA high rises.

UNSUCCESSFUL AMENDMENTS
Some proposed amendments were not successful. The council voted 6 to 7 against an amendment by Ward 2 Council Member Robin Wonsley to reduce the budget for police department’s PEACE pathways program, that plans to recruit potential officers in high schools, by $200,000 to explore the establishment of a victims’ services program.
The council majority also voted down an amendment brought forward by Wonsley to allocate $200,000 of the Public Works Department’s existing budget for to pilot a sidewalk snow and ice removal program.
Chughtai’s amendment to reallocate $200,000 to implement the city’s approved but stalled municipal identification program, failed on a 6-7 vote. “My motion sought to pick up the work started in 2019 with the same $200,000 allocation, which was stopped as a result of concerns by city leaders about the protection of individuals’ data due to the State’s Data Practices laws,” she wrote after the meeting. “Over the last year, I’ve worked closely with a coalition of community organizations led by the Minnesota Immigrants Rights Action Committee on this issue. They’ve led dozens of community engagement events and gathered nearly 1,000 petition signatures in support of this work.”
A labor standards amendment by Payne also failed to pass that would have added $186,000 the civil rights department to enforce labor standard laws like wage theft, the minimum wage and fair scheduling also failed to pass. However, a directive brought forward by Koski was passed asking for staff to assess options for ongoing funding for labor standards co-enforcement.
The budget also includes $9 million for streetlights with targeted investments in the University Area, Loring Park, and Stevens Square neighborhoods.