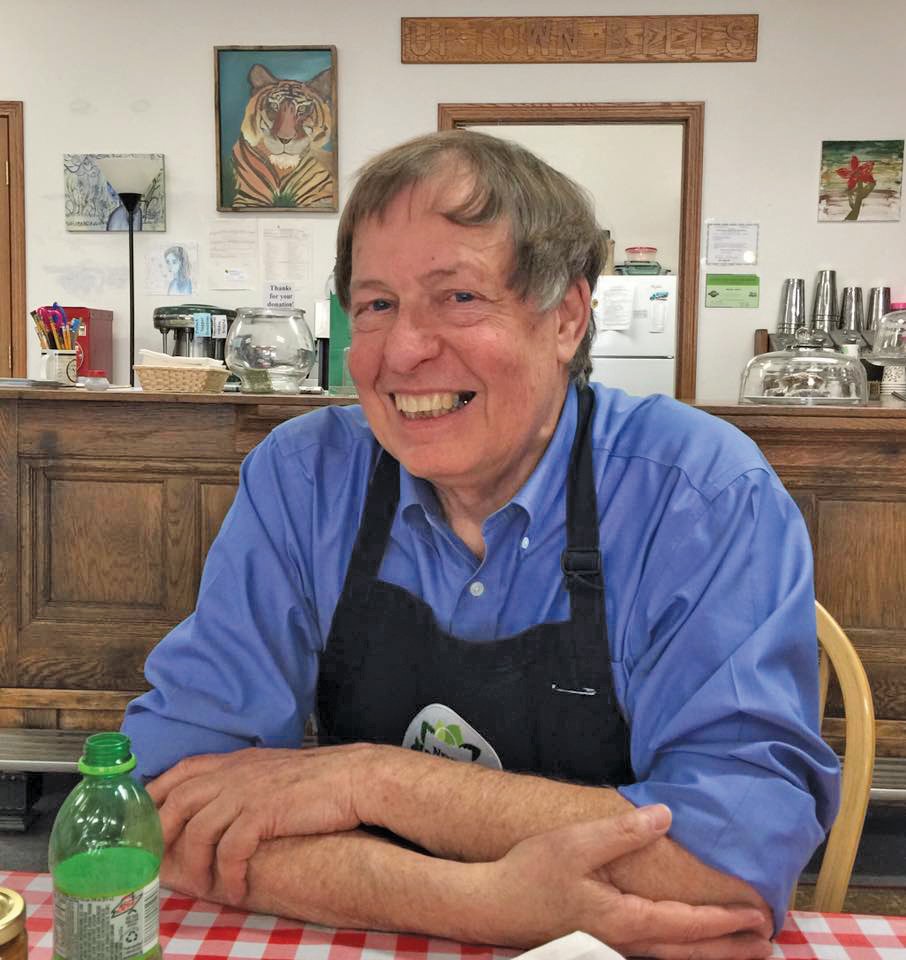 At Uptown Bill's, the coffeeshop, bookstore and performance venue in Iowa City which Tom Gilsenan managed for almost 10 years. 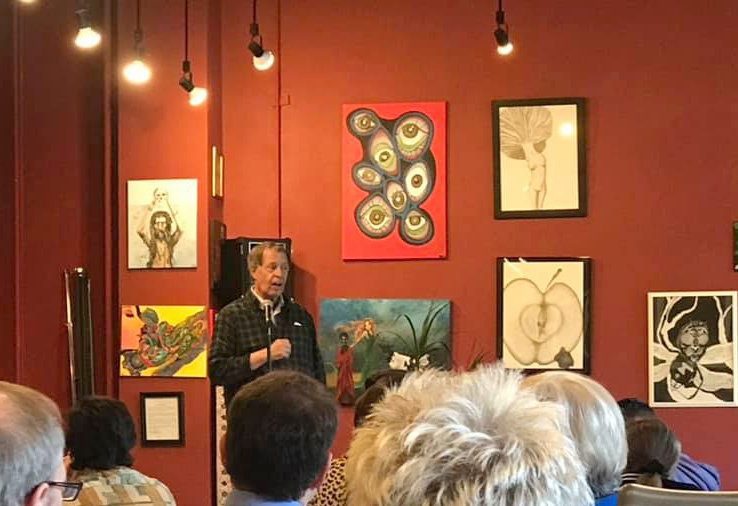 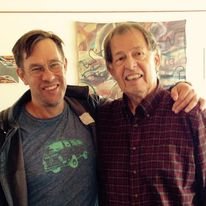 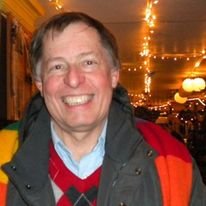 Winter day at a coffee shop in Aberdeen S.D. 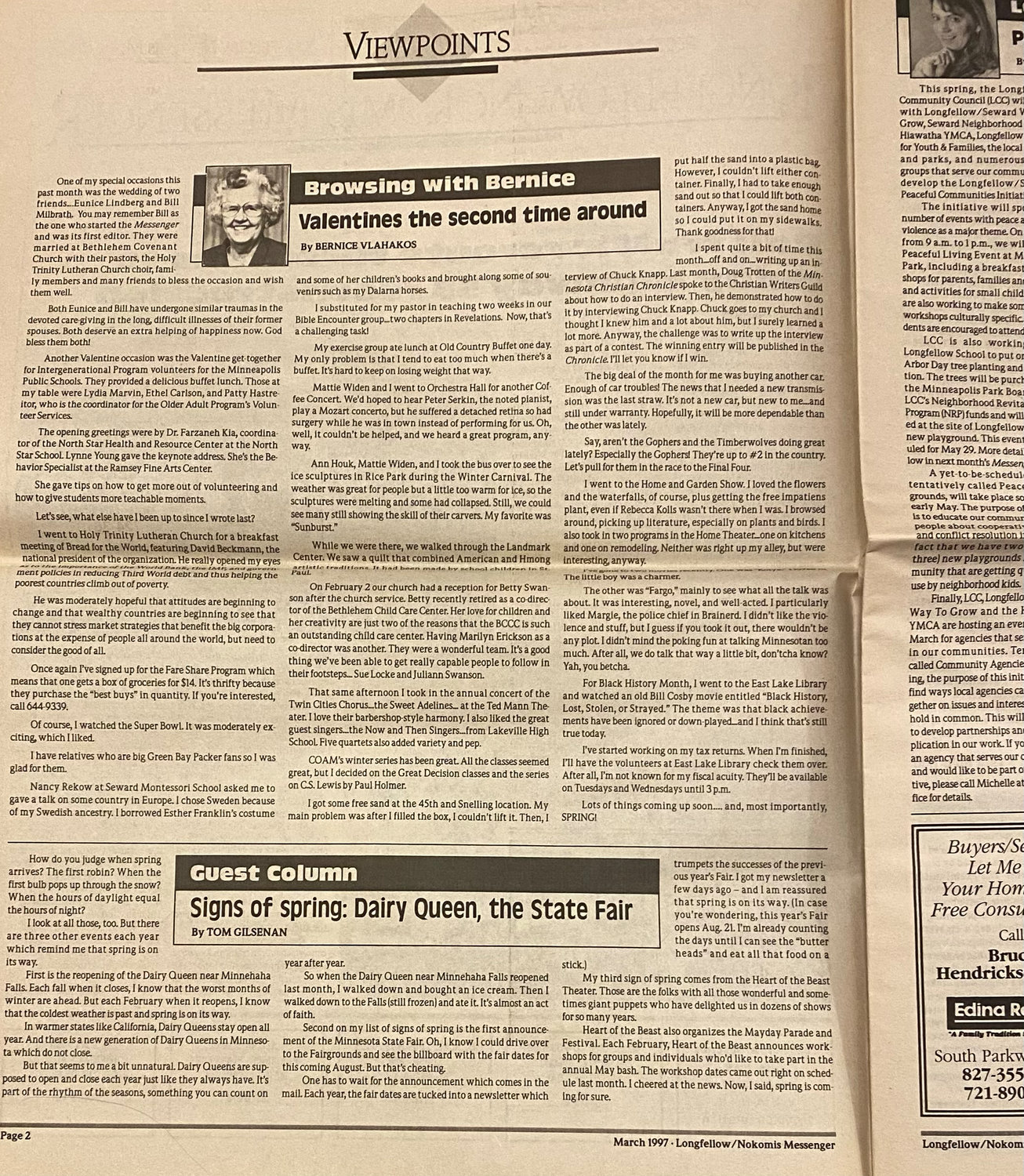 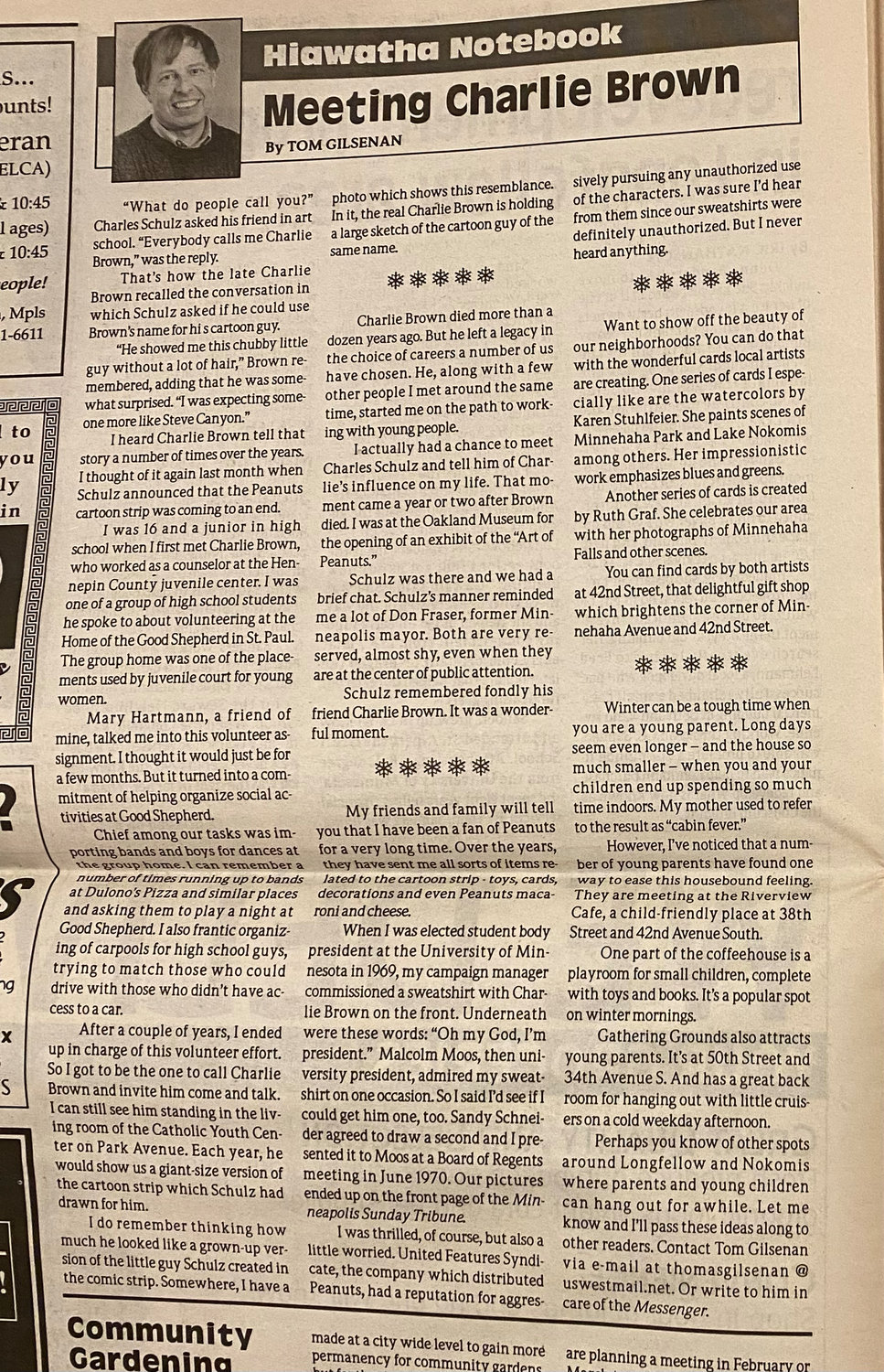 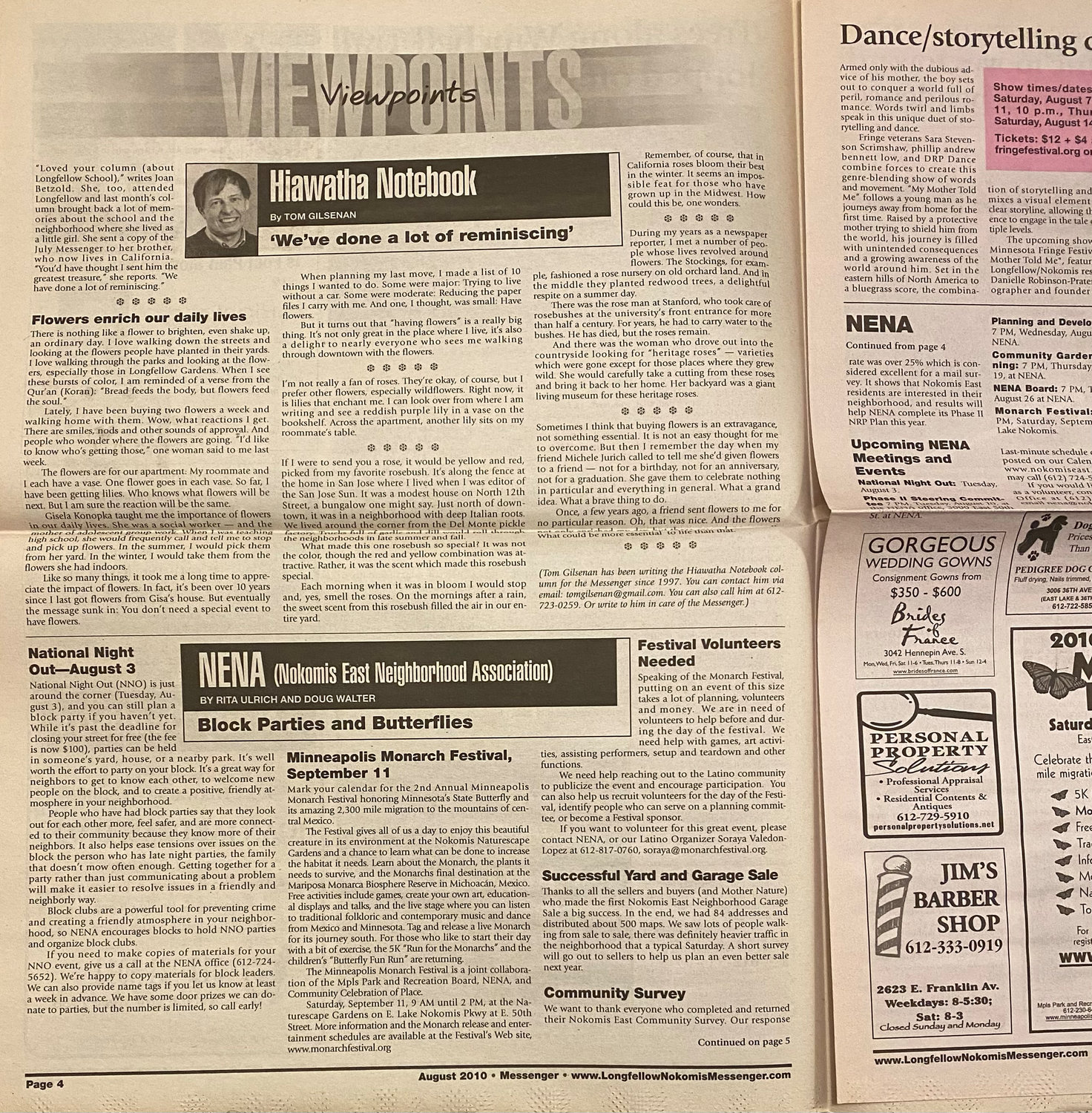 Our neighborhoods are full of wonderful stories. And for more than a dozen years, I got to tell those stories right here in the Messenger. It was grand.
Minnehaha Falls is full of stories. It has been celebrated in stories and songs in so many different ways. Longfellow got it all started with his 'Song of Hiawatha.' Since then, the falls and the story have been celebrated in books, plays, school pageants and Broadway musicals. But in my mind, nothing could top a musical version of 'Song of Hiawatha' sung in Yiddish. You can find this story and more in the book 'Shades of Hiawatha.'
Maria Sanford's legacy is kept alive at the middle school in our neighborhood. She was one of the first women professors at a public university in the US and an extraordinary gift to Minnesota. I visited Sanford school as part of my research on the column and found that the school library had check stubs from Sanford's bank account. Wow.
Minneapolis Moline is long gone. But once upon a time it was a major employer in the area. The tractor company was located at Minnehaha and Lake. I wrote several columns about MM and people from all over contacted me with stories about the company.
But nothing could top the column I wrote which connected the children and grandchildren of Minneapolis Moline employees with a New York author writing a book about pensions. You see, when Minneapolis Moline was sold, its buyer said it wasn't going to pay the pensions of workers. It was awful and readers were in tears telling me their family stories.
These stories and the aftermath were the subject of the book. A pension guaranty agency was established as a result of what happened to the MM workers, thanks to the late Senator Walter Mondale and others. But it turns out that some companies have figured out ways to rig this system.
Mitchell Charnley was the most widely published author living in our area (until Lorna Landvik came along). He was a journalism professor at the University of Minnesota for years and wrote several journalism textbooks.
Lorna Landivk is our 'most published' author now. She started with 'Patty Jane's House of Curl' and has been turning out novel after novel ever since. Her first book is full of places around our community. When I interviewed her for a column, she told me she wrote that first book during sessions at the Nokomis public library.
And then there was Casey Jones, host of a long gone children's TV show. No column I ever have written has gotten more responses. I received 85 letters and phone calls. Readers shared wonderful memories; people stopped me in the store to talk about Casey and readers called to sing me the Casey birthday song.
It was grand. As much as I enjoyed telling stories, I enjoyed even more the responses from readers. Like Casey Jones. Or when I wrote a column about Dayton's and readers responded with memories going back years.
Or the giant clock which once stood on Lake street near Minnehaha. After I wrote a column wondering whatever happened to it, a number of readers became detectives searching for clues. That went on for months with clues coming in from various places. We never did find out what happened to the clock. Best speculation is it is in a barn somewhere.
I once wrote a column about the decline of polka music on local radio. A few days after that issue was published, I got a call from a reader saying he was listening to a polka program on a station somewhere south of the Twin Cities. It's on right now, he said.
Most years, I wrote a holiday story for the December issue. The original spark for the first story came from daughter Molly. It was a frightfully cold year and after looking for a Christmas tree at a couple of lots, we decided to get an artificial one at Target. Molly's reaction: 'How could you? You're ruining my childhood.'
Thanks to readers and advertisers for supporting the Messenger. You made it possible for me to share neighborhood stories. I am ever so grateful. Good wishes.
Tom Gilsenan wrote a column for the Messenger for more than a dozen years starting in 1997. He is a writer, teacher and social worker. He is the parent of three: Molly, Shannon and Tom.

We're working to integrate our schools